You may have seen our post on Facebook yesterday from Simple Politics that Marcus Rashford’s social media usage will now form part of exam board AQA’s commitment to equality, diversity and inclusion and follows the footballer’s increasing profile and influence on a series of social issues during the pandemic.

It comes after Rashford used online platforms to promote influential charitable work and his stance against racism in sport earlier this year. AQA has added the Manchester United and England player to the media studies course from this month following his increasing profile and influence on a series of social issues during the pandemic.

The new addition to the GCSE course is part of the exam board’s commitment to equality, diversity and inclusion.

Rashford launched a campaign to persuade the government to provide free meals to vulnerable pupils in England throughout the school holidays during the pandemic, forcing a series of government U-turns.

In May, he highlighted the torrent of racist messages he had received on social media after Manchester United’s Europa League final loss. In July, Rashford said he was sorry for his missed penalty in England’s Euro 2020 final defeat to Italy but said he will “never apologise” for who he is after he suffered racist abuse on social media.

It is hoped the inclusion of the footballer on the course will enable pupils to study his use of social media as a way of influencing, but it will also enable them to learn about the social and race issues he raises.

It appears to be a really exciting change and he is one of the most influential young people in the UK today so students will be able to learn about how to use social media to make a positive and real impact.

We’re Here For You

Before we start, we'd like to just confirm that following the government’s announcement on the 30th October we would like to... read more

Christmas is a coming..

......and we hope you’re all prepared for the Holidays. Just to let you know we’re going to be closed from... read more 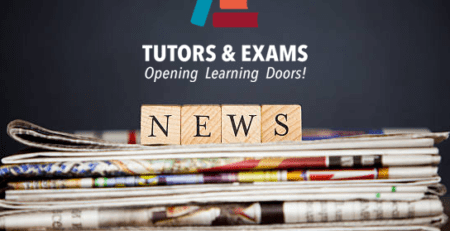 We’ve got some really exciting news to share with the World! But not just yet…Tutors & Exams is the UK... read more

What to do when a student writes nothing in their exam

We all know how important exams are, so what do you do in this situation? If a student hands in... read more

In the absence of any formal notifications regarding how candidate grades will be awarded this Summer, following the cancellation of... read more

Amy Gibbons at TES reported that schools minister sets out plans for grading reviews and provisional process for next year's... read more

It's no secret that the Coronavirus pandemic came with hardship and a whole new way of living that we had... read more

Summer 2020 Coronavirus Exam Cancellations and their effect on Private Candidates in the UK. read more

We are pleased to announce the launch of our new s

Let's take a moment to introduce you to our team a

Don’t forget to register as the deadline is fast

We are currently seeking to appoint an inspiration

In our experience, children who are used to the ex

To ensure you don’t miss out; the deadline for s